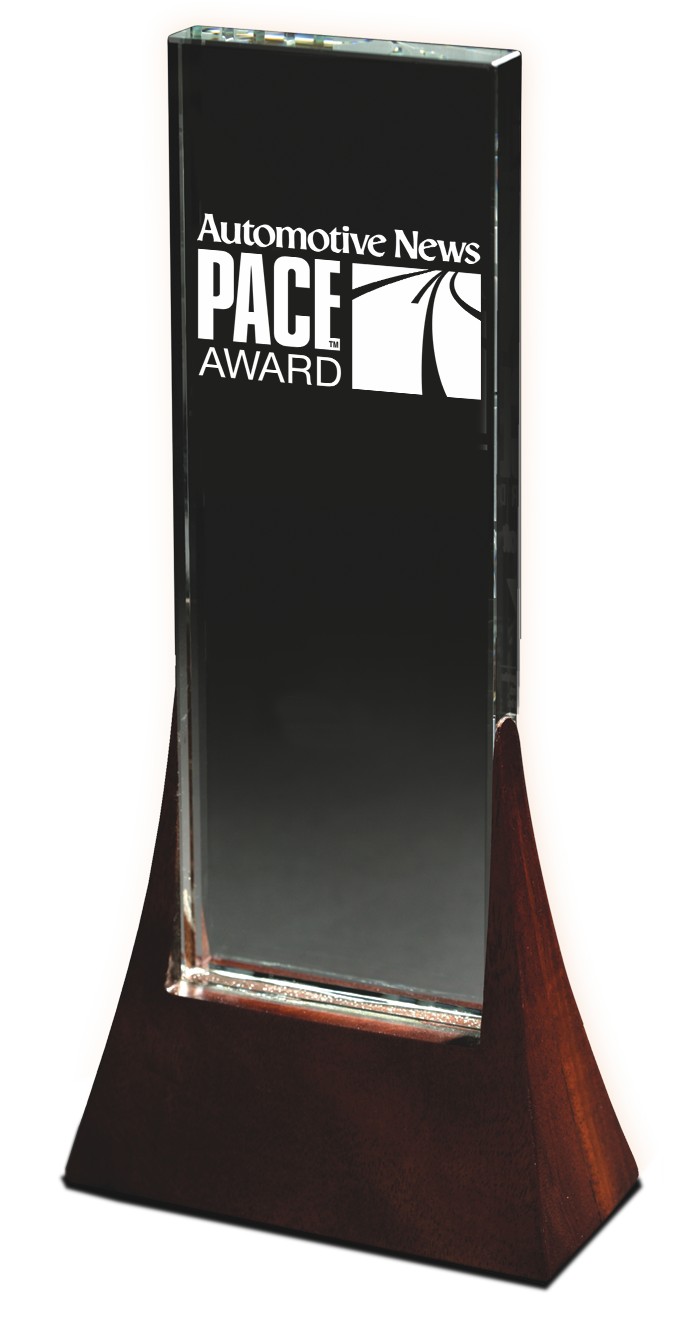 Here are some examples of award-winning designs General Die & Engineering has helped create:

"The potential weight reduction of a single casting over a steel weldment is considerable, plus fewer parts means fewer welded areas and weakened points. CCMi with a die-cast die engineered and built by General Die & Engineering, pushed its capabilities and design engineering expertise to produce a 1159 x 1070 x 199-mm front subframe engine cradle on the largest commercially available die-casting equipment at the time--a 4200/4400-ton press. The 38.5-lb. (17.46 kg) die-casting resulted in a 29% weight savings over a 17-part stamped and welded steel assembly and helped the 2021 Acura TLX achieve 'Top Safety Pick+' status, which is the highest safety rating from the Insurance Institute for Highway Safety (IIHS), including a “Superior” rating for frontal crash prevention." 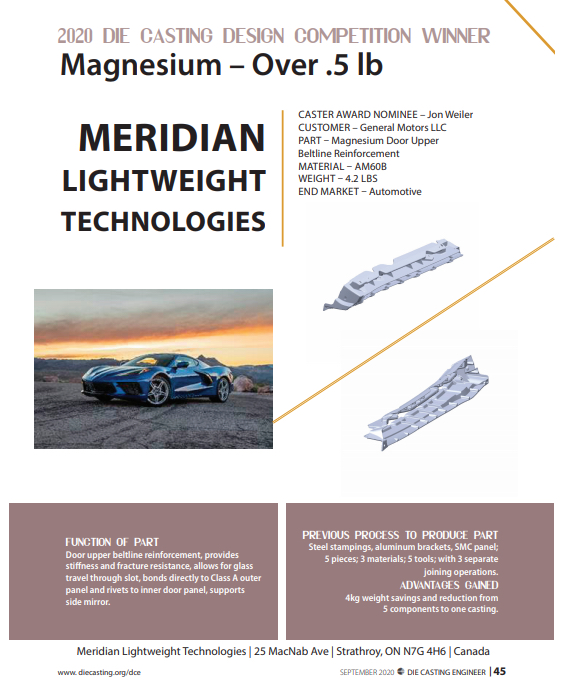 Advantages Gained - four-kilogram weight savings and reduction from five components to one casting. 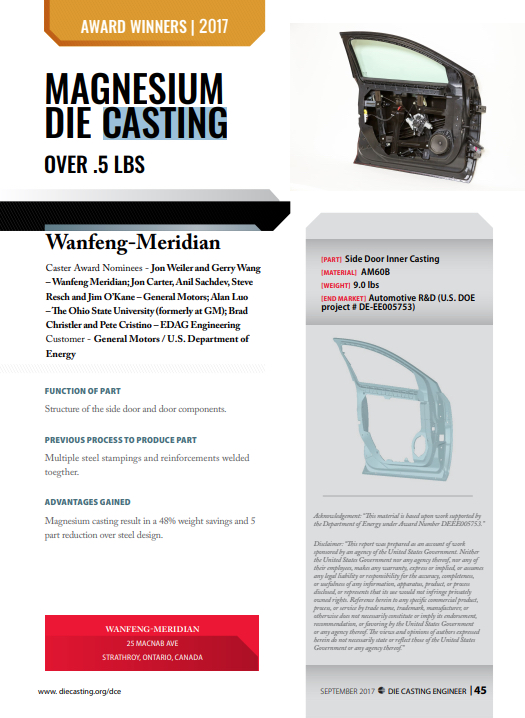 Part Function - Structure of the side door and door components. 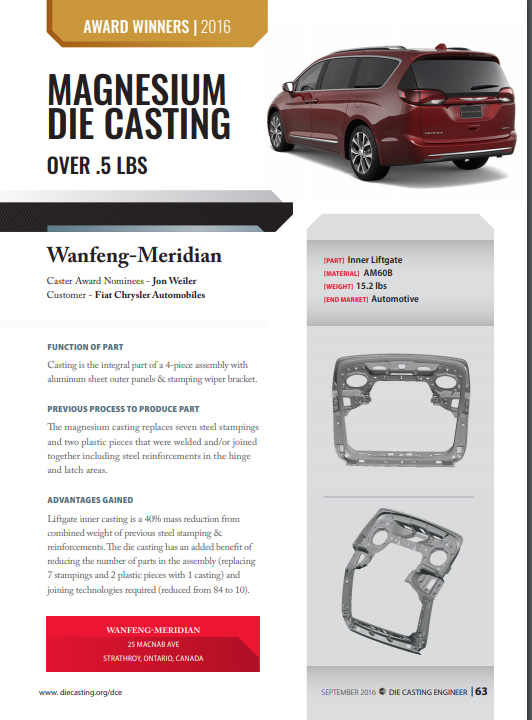 Part Function - Casting is the integral part of a four-piece assembly with aluminum sheet outer panels and stamping wiper bracket.

Previous Process - The magnesium replaces several steel stampings and two plastic pieces that were welded and/or joined together including steel reinforcements in the hinge and latch areas.

Advantages Gained - Liftgate inner casting is a 40% mass reduction from combined weight of previous steel stamping and reinforcements. The die casting has an added benefit of reducing the number of parts in the assembly (replacing seven stampings and two plastic pieces with one casting) and joining technologies required (reduced from 84 to 10). 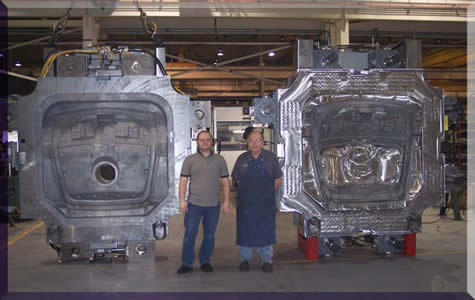 The "Single-Piece Cast Magnesium Liftgate Inner Panel" program started with Ford going to our customer and asking if this rear door could be produced in magnesium. With all the current technology that was used, the answer was "No, it can’t be done." You couldn’t flow magnesium that far and hope to get a good casting.

So it was brought to our attention about this door and we were asked if there was a way we could get the thing manufactured so that they could run it. There were two problems. One, we couldn’t get the magnesium to flow far enough.  Two, they didn’t have a big enough die-cast machine to run it in.

The second thing we needed to do was overcome the tonnage that the die-cast machine needed to overcome the pressure resulting from the large molding surface area. We solved that problem by developing an external locking system on the die.

Between both of those concepts, we had a way to get the material to flow far enough and we had a way to clamp the die to produce the part. We presented the concept to our customer and said that we could do it. They went back to Ford, who reviewed the concept and determined that it looked possible. They decided to move forward with the program.

We also built vacuum assist into the die. This not only helped reduce gas entrapment during metal injection, but also helped with the long material flow.

Once completed, we had everything there to demonstrate that it could be done -- a proof of concept. We built the tool and our customer produced the parts.

The annual PACE Award from Automotive News rewards innovations (a) developed primarily by a supplier, (b) that are innovations new to the automotive industry, (c) that are innovations in use and (d) that "change the rules of the game." In 2010, the PACE award recognized this new technique that has gained worldwide acceptance as a part of global efforts to reduce vehicle weight and increase mileage.